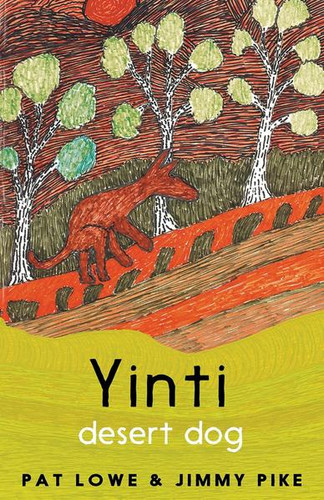 The second book in the Yinti series of three books. The stories are linked in a sequence that shows Yinti’s development from a young bushie to a competent station worker and adult. When the dingo, Spinifex, is taken from her mother, she expects to be killed. Instead she is adopted and becomes a prized hunting dog. She eventually accompanies her human family, including Yinti, on their journey through the Great Sandy Desert. When Yinti leaves the desert, Spinifex goes with him. Based on stories, told to Pat Lowe by Jimmy Pike, about a dog who lived with his family in the desert during the 1940s and early 1950s.