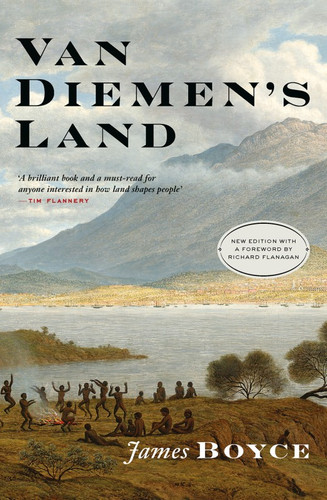 Almost half of the convicts who came to Australia came to Van Diemen’s Land. There they found a land of bounty and a penal society, a kangaroo economy and a new way of life.

In this multi-award-winning history of colonial Tasmania, James Boyce shows how the newcomers were changed by the natural world they encountered. Escaping authority, they soon settled away from the towns, dressing in kangaroo skin and living off the land.

Behind the official attempt to create a Little England was another story of adaptation, in which the poor, the exiled and the criminal made a new home in a strange land.

This is their story, the story of Van Diemen’s Land.