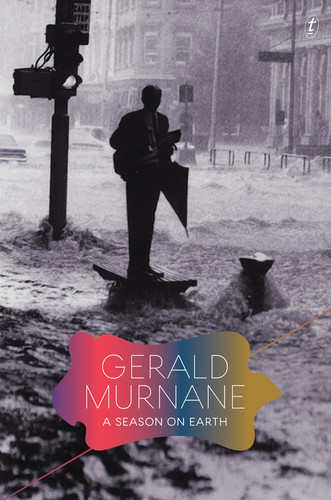 Season on Earth, A

A Season on Earth is Murnane’s second novel as it was intended to be, bringing together all of its four sections—the first two of which were published as A Lifetime on Clouds in 1976 and the last two of which have never been in print.

A hilarious tale of a lustful teenager in 1950s Melbourne, A Lifetime on Clouds has been considered an outlier in Murnane’s fiction. That is because, as Murnane writes in his foreword, it is ‘only half a book and Adrian Sherd only half a character’.

Adrian Sherd is one of the great comic creations in Australian writing, and A Season on Earth is a revelatory portrait of the artist as a young man. ‘Reading Murnane, one cares less about what is happening in the story and more about what one is thinking about as one reads. The effect of his writing is to induce images in the reader’s own mind, and to hold the reader inside a world in which the reader is at every turn encouraged to turn his or her attention to those fast flocking images.’ – New York Times

‘Murnane, a genius, is a worthy heir to Beckett.’ – Teju Cole

‘Murnane is quite simply one of the finest writers we have produced.’ – Peter Craven

‘Murnane’s early writing, as shown here, is accessible and often humorous in his own dry way… A Season on Earth could be recommended as an ideal jumping-off point for readers new to Murnane and his particular way of looking at the world.’ – Books + Publishing