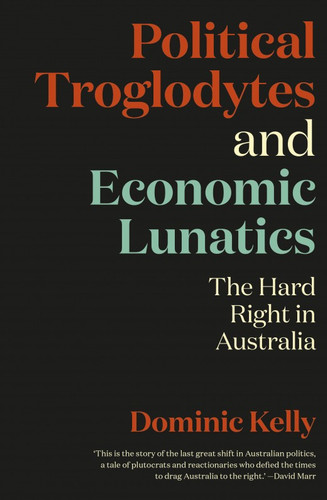 In the mid-1980s, Ray Evans and his boss at Western Mining Corporation, Hugh Morgan, became the pioneers of a new form of political activism. Morgan and Evans set up four small but potent organisations, intending to transform public thinking on industrial relations, the Constitution, Indigenous affairs and climate change.

Together they had an energy that bordered on fanaticism. They lobbied politicians and wrote opinion articles. They were born intriguers and colourful speakers. It was Bob Hawke who called them ‘political troglodytes and economic lunatics’, yet in their dogged pursuit of influence these hard right conservatives had an impact on mainstream public policy that continues today. Calmly, forensically and with a dry wit, Dominic Kelly shows how they did it.