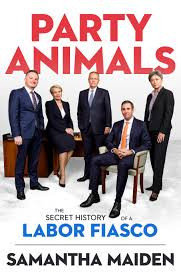 How did Labor lose the unlosable election?

Secrets, lies, lawyers and covert recordings. If you thought the 2019 election was just about a death tax that didn’t exist, you’re in for a surprise.
From the dark arts of the dirt units to the role of billionaire Clive Palmer, this is the untold story of an election debacle.
The Labor Party was the unbeatable favourite to win the 2019 election right up until the polls closed and voters delivered the surprise verdict.

If the results staggered pundits, they also shocked Bill Shorten and his frontbench, who had spent the final weeks of the campaign carefully planning for their first days in office.