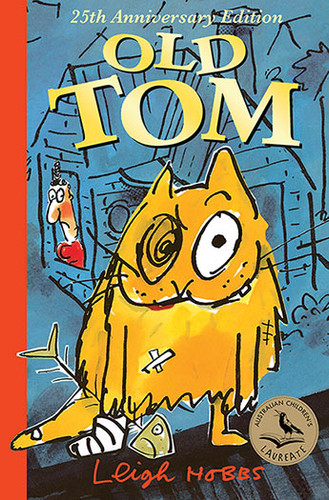 Old Tom has found his way into the hearts of thousands of children all around the world. This anniversary edition celebrates this lovable rogue and his relationship with the one and only Angela Throgmorton.

First published in 1994, Old Tom remains one of Children's Laureate 2016/17 Leigh Hobbs' best known characters, starring in many books and in his own television series.