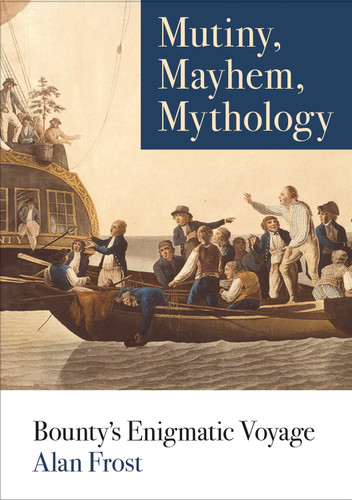 In 1789, as the Bounty was sailing through the western Pacific Ocean on its return voyage with a cargo of Tahitian plants, disgruntled crewmen seized control of the ship from their captain. The mutineers set their captain and the 18 men who remained loyal to him adrift in one of the ship’s boats, with minimal food supplied and navigational aids, and only four cutlasses for weapons.

For the past 225 years, the story of the Bounty's voyage has captured the public's imagination. Two compelling characters emerge at the forefront of the mutiny: Lieutenant William Bligh, and his deputy – and ringleader of the mutiny – Acting Lieutenant Fletcher Christian. One is a villain and the other a hero – who plays each role depends on how you view the story. With multiple narratives and incomplete information, some paint Bligh as tyrannical and abusive, and Christian as his deputy who broke under extreme emotional pressure. Others view Bligh as a victim and a hero, and Christian self-indulgent and underhanded.

Alan Frost looks past these common narrative structures to shed new light on what truly happened during the infamous expedition. Reviewing previous accounts and explanations of the voyage and subsequent mutiny, and placing it within a broader historical context, Frost investigates the mayhem, mutiny and mythology of the Bounty.