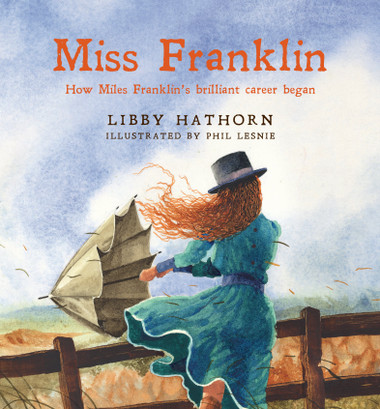 A fascinating story about Miles Franklin, one of Australian literature's most significant women, written by one of the biggest names in children's literature.

This is a story about iconic Australian writer Stella Miles Franklin, namesake of two major literary prizes, during her brief but formative time as a governess in rural New South Wales. Teenager Stella Miles Franklin has to work to help support her family. Stella is unhappy in her job and longs for the freedom and excitement of city life. While working, she meets a young orphan girl, Imp, who is almost as feisty as Stella herself, and who spurs the older girl to follow her dreams.