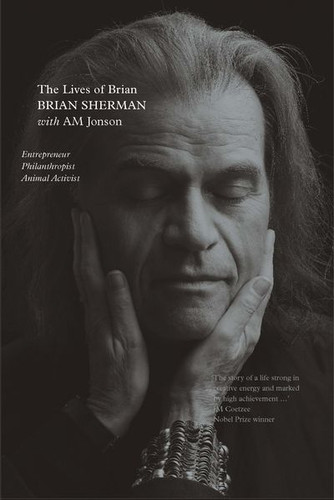 Lives of Brian the Entrepreneur, Philanthropist,

1943: shopkeeper's son Brian Sherman is born into a tight-knit Jewish community in a small South African mining outpost. The Holocaust is raging in Europe and the Apartheid regime is at its height. In 1976, with only $5,000 to his name, he moves to Australia with his young family to start a new life.

Nothing can prepare Brian for his meteoric rise or for the life-changing tests he will face. At his kitchen table he starts a fund management business with his friend Laurence Freedman. In 1986, they float a novel investment fund on the American Stock Exchange and raise over a billion Australian dollars. More billions follow, and opportunity flows.

Brian goes on to direct the finances of the Sydney 2000 Olympics, and together with Laurence, acquires an interest in Network TEN, taking it from receivership to record profits. He chairs the Australian Museum Trust and brings in a heist of priceless specimens. He and gallerist wife Gene become leading philanthropists in the arts, medical science and Jewish affairs while Brian mentors his son, Emile, now an Oscar-winning film producer. Prompted by daughter Ondine, he has an epiphany on animal suffering, and, with her, devotes himself tirelessly to ending factory farming.