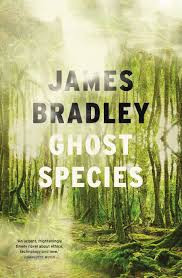 When scientist Kate Larkin joins a secretive project to re-engineer the climate by resurrecting extinct species, she becomes enmeshed in another, even more clandestine program to recreate our long-lost relatives, the Neanderthals. But when the first of the children, a girl called Eve, is born, Kate finds herself torn between her duties as a scientist and her urge to protect their time-lost creation.
Set against the backdrop of hastening climate catastrophe, Ghost Species is an exquisitely beautiful and deeply affecting exploration of connection and loss in an age of planetary trauma. For as Eve grows to adulthood she and Kate must face the question of who and what she is. Is she natural or artificial? Human or non-human? And perhaps most importantly, as civilisation unravels around them, is Eve the ghost species, or are we?