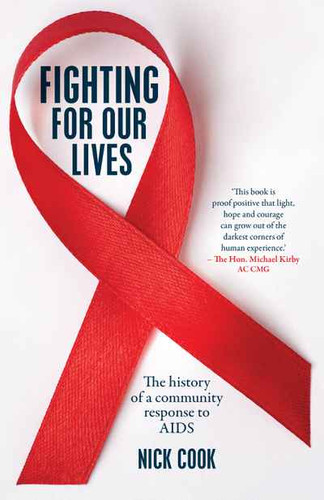 Fighting for Our Lives A history of a community

Fighting For Our Lives is the inspirational story of communities directly affected by the AIDS crisis. Against a harrowing backdrop of illness and death, fear and anger, hate and discrimination, they bravely took action.

During the darkest years of the epidemic, marginalised communities – mostly gay men, sex workers and people who inject drugs – came together to form organisations that gave them a voice in the corridors of power. They built an unprecedented alliance with politicians and medical experts, a three-way partnership that made Australia’s response to AIDS one of the most successful in the world.

Fighting For Our Lives captures the high-stakes drama of this extraordinary period and the stories of the people at the very centre of a life-or-death struggle. It is a gripping read, an important story, and one that must never be forgotten.