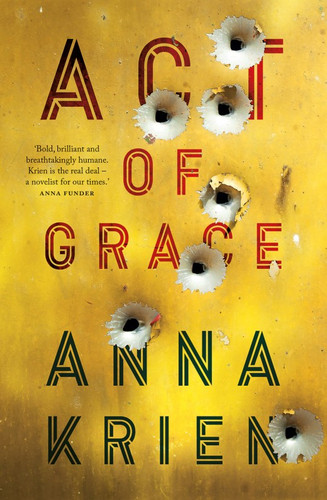 The exhilarating debut novel from the award-winning author of Night Games.

Australian soldier Toohey returns from Baghdad in 2003 with shrapnel in his neck, crippled by PTSD and white-knuckling life. In the Iraq of a decade earlier, aspiring pianist Nasim falls from favour with Saddam Hussein and his psychopathic son Uday, triggering a perilous search for safety. In Melbourne as the millennium turns, Robbie, faced with her father’s dementia and the family silences that may never find voice, tests boundaries. And in the present day, Gerry seeks to escape his father Toohey’s tyranny and heal its wounds.

These characters' worlds intertwine across time and place, in a brilliant story of fear and sacrifice, trauma and survival, and what people will do to outrun the shadows. Crossing the frontiers of war, protest and cultural reconciliation, Act of Grace is a meditation on inheritance: the damage that one generation bestows upon the next, and the potential for transformation.

This is a searing, powerful and utterly original work by an exceptional Australian writer. It will leave you changed.